Jewish quarter in Prague was formerly the Jewish ghetto of the town. It is completely surrounded by Old Town.

The quarter is often represented by the flag of Prague’s Jewish community, a yellow Magen David (Star of David) on a red field.

Prague’s Jewish Quarter was originally located in the Castle District but by the 1200s had spread to the Josefov area and was for centuries regarded as a slum.

Its transformation into one of the city’s most important and interesting districts took place in the late 1800s when large sections were demolished to make way for Art Nouveau apartment buildings. 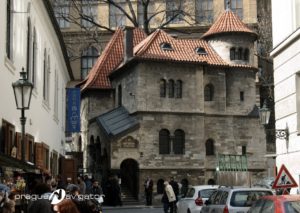