The view of Prague Castle from the National Theatre terrace

The second ecclesiastical building in Prague Castle was St. George Basilica Prague, which was founded in 920 by Vratislav, the father of St. Wenceslas´. The church was set alight during a siege of the castle by Konrad of Znojmo in 1142. Afterwards, it was reconstructed. The basilica was extended westwards, where two steeples and a triple-nave crypt under the presbytery were built.

The 12th-century Romanesque basilica with two white argillite steeples including interiors has remained intact, although several changes were made in the Gothic period, like St.Ludmilaús Chapel dating from the 13th century and early 16th-century Renaissance alterations.

Tha Baroque period is represented by the west facade from the second half of the 17th century and decorated with statues.

The high Baroque chapel of St. John of Nepomuk, constructed in 1718-1722, is decorated with sculptures by F.M.Brokoff. 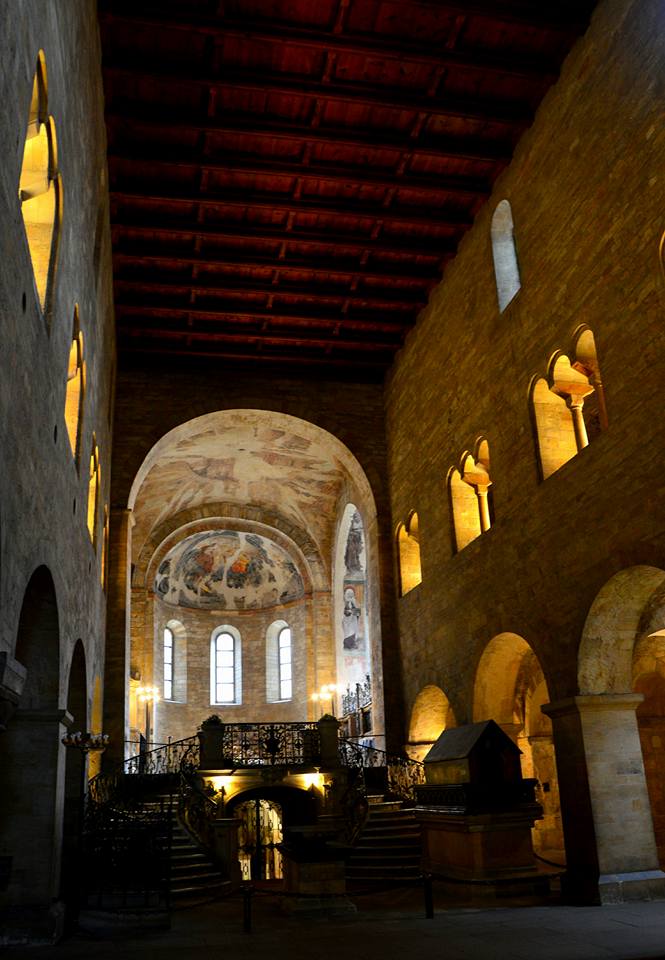 The Basilica took on the archaic appearance of a roman interior after reconstruction by purists at the turn of 19th and 20th centuries, these obliterated the later - particularly Baroque - features.