Minting has always belonged to very important branches of production in the Czech country. The entitlement of coin minting belonged to the sovereign, that is why the first metal coin appeared in Prague, the town of Bohemian dukes, later kings. The oldest Czech means of payment were denars, the production of which goes back to the second half of the eighth century. The mission of the current Prague mint plc. is a restoration and a further development of this thousand years old tradition of a Czech coin minted in Prague.

Prague mint plc. has a residence in the Municipal house in the square Náměstí republiky in Prague currently. The contemporary mint of Prague has become the youngest European mint and apparently also the world´s youngest mint at all.

Hence the traditional royal craft hence is coming alive in the workshops of the Prague mint again. In ateliers of sculptors preparing fascinating designs for the Prague mint, the new era of the Czech minting is being created. Our production is not large, but it has found its fans in Asia, Arabia and America fast. Coins and medaillons issued here have an extraordinary artistic value.

We prefer minting from precious metals like gold, silver and platinum. For the mintage we always choose just the materials of the highest possible purity indicated as the fineness 999 at the minimum. Medals are often minted to a limited issue of pieces and they are accompanyed with a certificated of authenticity. The most precious issues are numbered on the rim moreover.

The thematic plan of the Prague mint is based on significant moments of the history of the Czech country, the Czech monarchs and the nation, personalities of the Czech culture and events of the European and world importance.

We are proud that the quality of our work is ispiring for others and we appreciate very much the trust of our customers, who have entrusted us with the realisation of their own coins a medaillons. 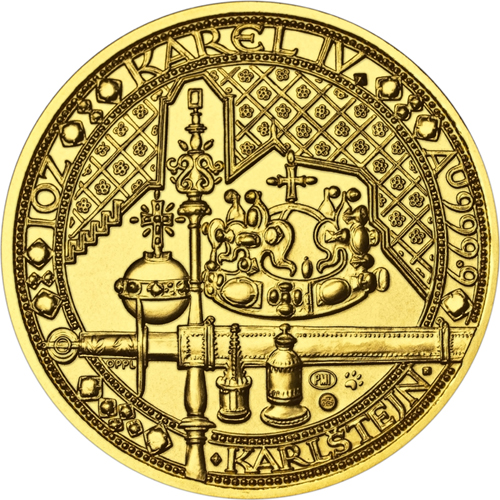 Come and see the wide range of new original coinage Prague mint. The only shop in Prague with original, distinctive formation of our engravers.

Did you know that coins were minted in Prague as early as in the 10th century? Formerly, only the sovereign could mint coins, but now you can too. Come and mint your own coin from Prague at our shop. The Prague Mint offers products made from precious metals which have been designed by leading Czech medallion makers. We use traditional manual techniques and procedures in order to achieve the highest possible quality. The products are accompanied by certificates of authenticity and they bear the hallmark of the Czech Assay Office. Come to us for a gift which will not lose its value. Open: Mon–Fri 10:00 - 19:00, Sat 10:00 – 18:00, Sun closed