U Minuty “At the Minute” House in the Old Town Square

a winter view of Charles Bridge

U Minuty “At the Minute” House in the Old Town Square

“At the Minute” U Minuty House is a stunning example of the high-Renaissance architecture. Covered in ornate sgraffito decorations depicting rulers from the Hapsburg house, Greek mythology as well as references to biblical and Renaissance legends, this house is easily recognizable with such an impressive facade.

The house “At the Minute”, originally a late-Gothic structure from the 15th century, was rebuilt in Renaissance style in late 16th century. The house, called “At the White Lion”, was used to be a pharmacy. A sculpture of a white lion is still there, at the corner of the building. The present name “At the Minute” means “at the diminutive”, because of the tobacco in little pieces, that used to be sold there.

The writer Franz Kafka lived in the house with his family from 1889 to 1896. His three sisters Elli, Valli and Ottla were born there. 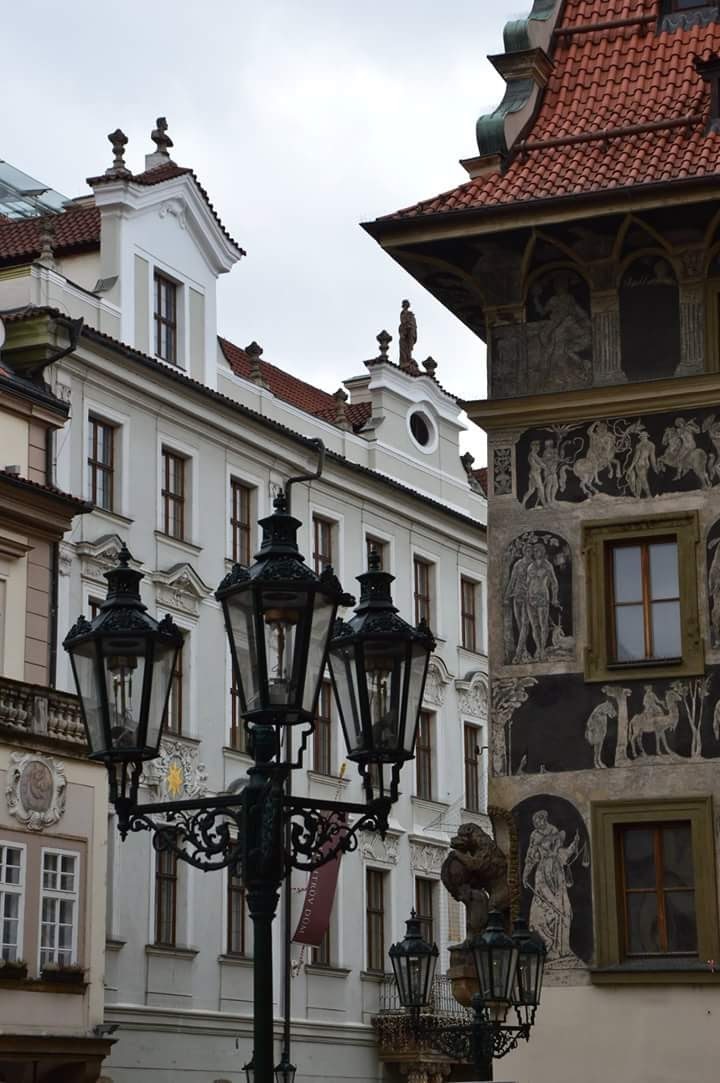