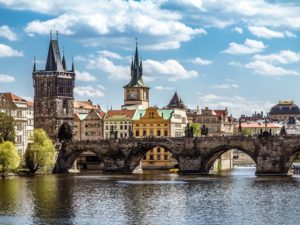 Charles Bridge (Karlův most) is an historic bridge that crosses the Vltava river in Prague, Czech Republic. Its construction started in 1357 under the auspices of the famous King Charles IV. This new bridge was originally called Stone Bridge (Kamenný most) or Prague Bridge (Pražský most). And, as the only means of crossing the river Vltava (Moldau) until 1841, Charles Bridge was therefore the most important connection between Prague Castle and the city’s Old Town. Prague Charles Bridge details:

Charles bridge is 621 metres (2,037 ft) long and nearly 10 metres (33 ft) wide, following the example of the Stone Bridge in Regensburg, it was built as a bow bridge with 16 arches shielded by ice guards. It is protected by three bridge towers, two of them on the Lesser Quarter side and the third one on the Old Town side.  The bridge is decorated by a continuous alley of 30 statues and statuaries, most of them baroque-style.

The Charles Bridge has mathematical significance

Charles IV laid the first stone of this famous monument at 5.31 am on July 9, 1357. The notoriously superstitious king was into astrology and numerology, and chose this date because of its written form: 1-3-5-7-9-7-5-3-1 (year, day, month, time). Add this information to the stunning views and saintly statues, and Charles Bridge is clearly a required item on any list of what to see in Prague. 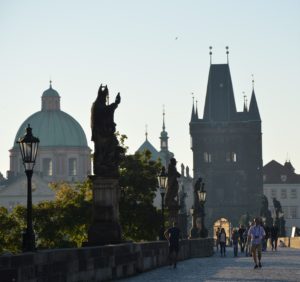 The most famous sculptures on this bridge: 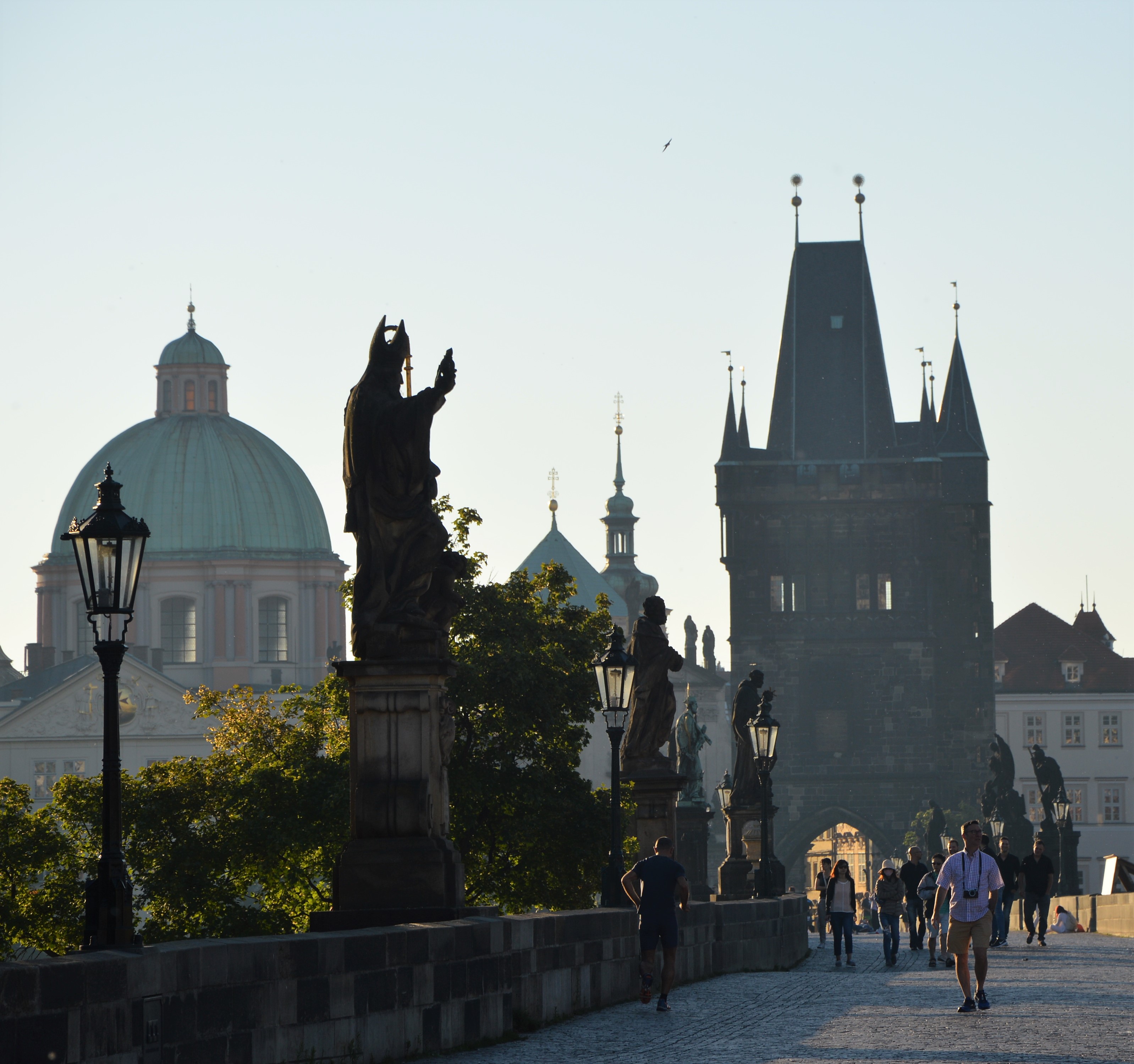 The avenue of 30 mostly baroque statues and statuaries situated on the balustrade forms a unique connection of artistic styles with the underlying gothic bridge. Most sculptures were erected between 1683 and 1714.[2] They depict various saints and patron saints venerated at that time. The most prominent Bohemian sculptors of the time took part in decorating the bridge, such as Matthias Braun, Jan Brokoff, and his sons Michael Joseph and Ferdinand Maxmilian. 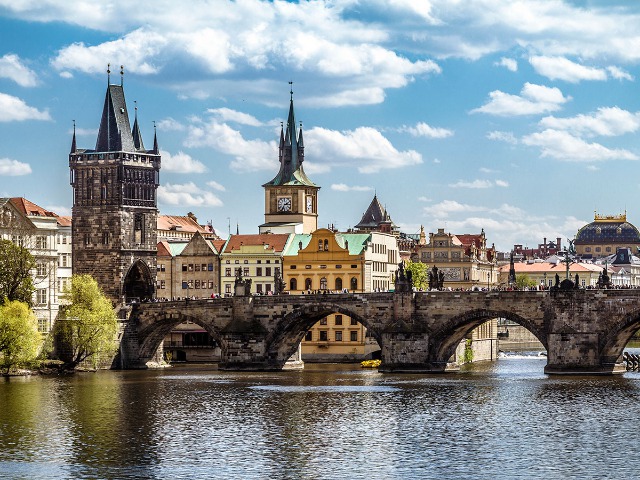